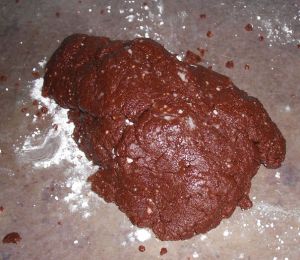 Melvin Gordon, chief executive of Tootsie Roll Industries, is dead after more than half a century spent desperately trying to pass a sticky, brown log that refused to melt even during the hot summer months.

The first Tootsie Roll was produced way back in 1896 by Brooklyn inventor Leo Hirschfield. Twenty-five years later he committed suicide by shooting himself in the stomach. That’s not a joke.

The Tootsie Roll company now produces 64 million Tootsie Rolls a day. Experts calculate that if every Tootsie Roll ever produced were placed end-to-end, it would be the setup to a good joke.

Confectioners agree the most famous Tootsie Roll ad, “How many licks does it take to get to the Tootsie Roll center of a Tootsie Pop?” may never be answered. But perhaps the most pertinent question facing science is why it always tastes like a cardboard anus.

The real answer to the lick question, the company writes on its website, “Depends on a variety of factors such as the size of your mouth, the amount of saliva, and how much of your pancreas is still working.”

Gordon asked that his body parts be individually wrapped and twisted at each end.