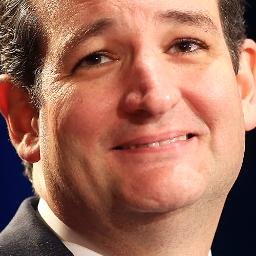 Ted Cruz, the passionate and effective fighter for ineffective government, medieval economic theory and the Constitution as defined by Nazis, is dead after forty-five years of poorly imitating human life.

His daughter reportedly found the Republican presidential candidate in their home, drowning in a bathtub filled with his own cooties.

Paramedics tried frantically to administer mouth-to-mouth resuscitation, but the oxygen refused to go in on account of it being, quote, “too creeped out.”

Cruz’s mom is of Irish descent and his father is Cuban, so every Saint Patrick’s Day he gets drunk and trims his wife’s bush.

In 1974 when Ted was just five years-old his father abandoned the family and moved to Texas. Yes, it was THAT bad.

Cruz often told the story of how his father escaped Cuba with only $100 in his underwear. As Senator he took inspiration from that story to shut down the government and nearly flush the economy down the toilet.

In 1995, Ted Cruz graduated from Harvard Law School, answering the age-old question: “What could make people hate lawyers even more?”

As Senator from Texas, Cruz’s greatest achievement was uniting both sides of the aisle in their universal disrespect for Canada.

The deceased requested that the stick up his ass be used to plant his body outside Planned Parenthood in order to act as a deterrent to sex.